4.3 and the Loupedeck Preview UI

The 4.3 software update introduces a preview of a the new simplified profile and a completely new Loupedeck UI targeted for an easier out-of-the-box experience for streamers. 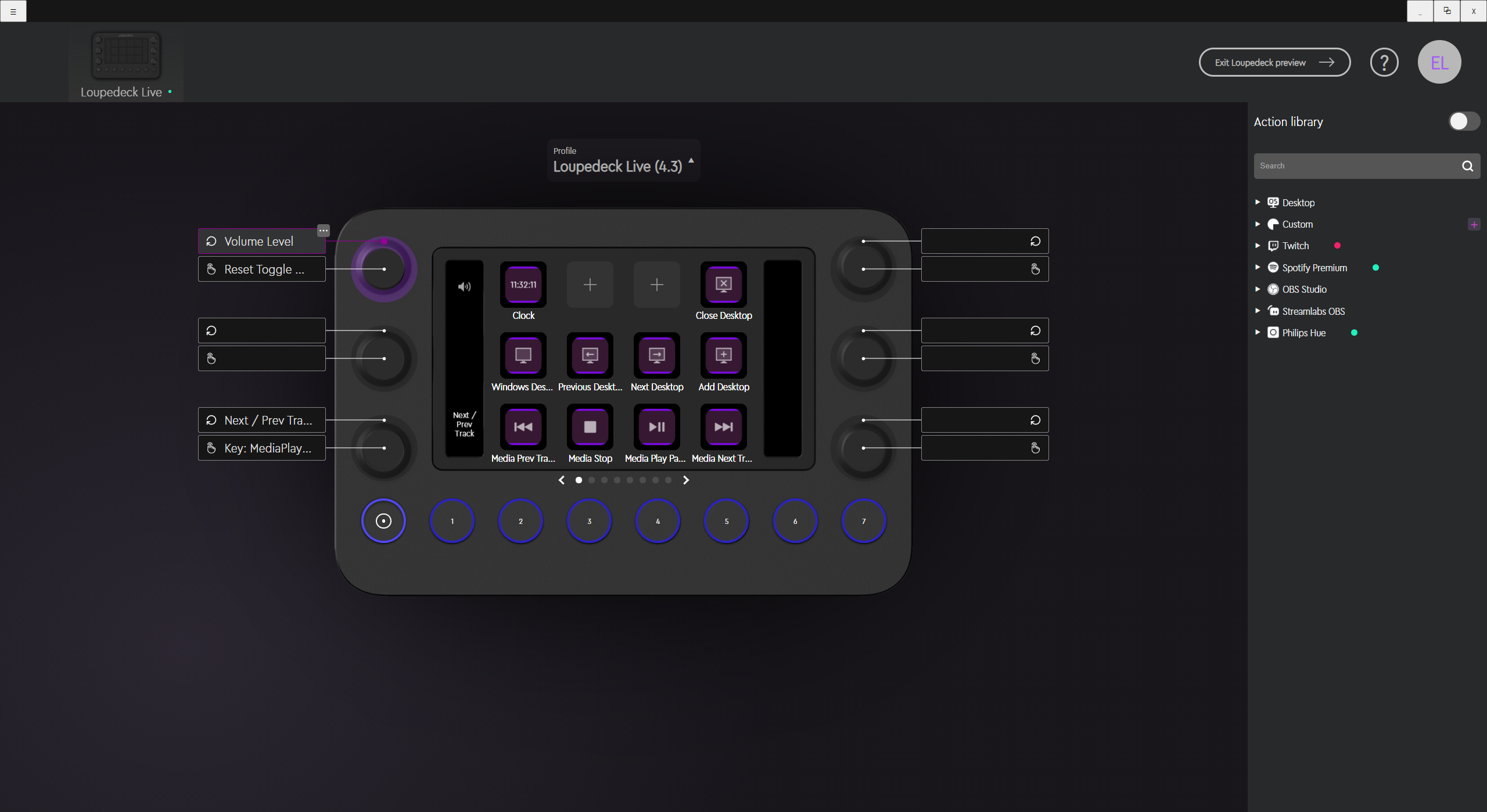 The 4.3 release introduces a preview for a new streamlined and simplified UI to the Loupedeck system.

Steamers in mind, this simplified profile is meant to give entry level users a more intuitive out of the box experience with the Loupedeck Live by leaving some of the more advanced functions to the classic UI, which will still be accessible in the 4.3 software version.

This preview version will include a limited essential set of features targeted for streamers, later a full version of this UI will be available with a more advanced profile that keeps the functionality the same as it is in the previous UI but with a more refined look and a support for the creative plugins.

The new UI displays all of the devices elements (dials and touchbuttons) in one simple view instead of the detailed device view of the classic UI.

The commands for scenes in OBS Studio and Streamlabs OBS have been converted into user definable Profile Actions which let users define what actions to bring from their software.

In a later 5.0 version which will have the full feature set, the rest of the content (audio and sources) will be moved to this method as well.

Please note that for OBS Studio you need the third party websocket which can be found here for Windows and here for Mac.

The simplified profile is no longer tied to any one specific application, but rather centralized so that all plugins and actions are conveniently found in the action library on the right.

The action panel has been made easier to navigate with icons for the plugins and a filtering tab to let users quickly search for their favourite actions.

The plugins that require log in have now an easier logging method directly from the action panel and display the connection status by either red or green color.

Instead of workspaces, the round buttons on the device are now fixed pages to which users can assign their own actions by dragging the actions from the actions list or by directly creating a custom action on an unassigned touch button.

This preview has the essentials for easy streaming with more of the original Loupedeck functionality to be added later.

Hint: You can navigate the pages by pressing the buttons on the physical device 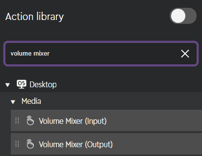 The 4.3 software version contains a new action group: Control Centers. These are actions that can be used to access dynamic content and can be assigned anywhere. Currently there are control centers for Philips Hue lights, rooms, scenes and zones which let's users access all of the previously mentioned groups; and the Windows Inputs/Output volume mixers to let users quickly access the volume settings of their system.

The content of these control centers can not be customized.

Note: Philips Hue control centers have adjustments that are tied to specific lamps/groups. You can long press on a lamp/group to turn them on and adjust the parameters. 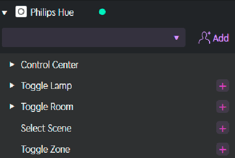 the 4.3 release includes the pilot Philips Hue Bridge integration for Loupedeck CT and Live. The current feature set enables the possibility to add singular lamps, groups, and scenes to toggle wherever on the profile or access all your hue lights with the new Control Centre feature to access all your lamps or groups of lamps at once. A later update will introduce more parameters to enhance the Philip Hue experience.
Once you have added your Loupedeck account to bridge a website with instructions to press the button on your bridge in 60 seconds will open.
Notes: You need a Loupedeck account and a Philips Hue Bridge in order to connect to your lamps.
The LIVE/CT must be connected for the software to connect to the bridge.
Known Issues: Certain lamps can not be shown at the moment, we are investigating this issue.
Values displayed in the control center can have latency.

The localization project is to help bring the Loupedeck experience to users across the world by translating actions, menus, and knowledge base articles to these target languages while addressing issues with certain keyboard layouts. The language of the software is determined by the users system and software languages. In the new UI you can change languages from the menu panel in the upper left corner

The localization project is ongoing with updates to be released and new languages to be supported in the future. 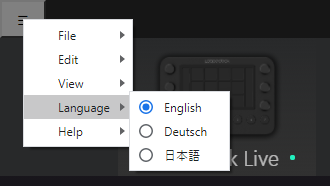 Similarly to the Classic UI, users can modify, add, export and import profiles.